My Site Venue project was titled ways of exhibiting and was about a series of different methods of presenting work, for the site venue project we were to create works that were inspired by different things, in the first workshop we were to make a miniature exhibition, the second a diorama and then we were left to create work at our own leisure. Here you can see my miniature exhibition, which I decided to make into a miniature studio, this studio best suited being displayed in the big version of the studio, however when place on the shelf surrounded by others work also looked quite sweet. He set up of the show took much longer than I had anticipated and was more troublesome than it looked, for example: we didn’t know where to set up the benches, the work had to be placed in some form of order, and was difficult to organise, the table for refreshments had very small space and was difficult to position. However it went well, we packed up for the night and in the morning were to go on a tour of Cardiff visiting others exhibitions. 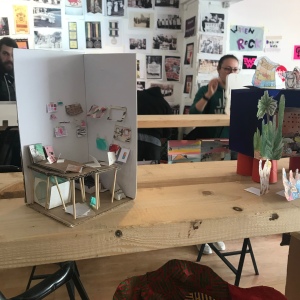 The first part of the exhibition was at the univertity and was a set up of around nine artists, some of them wanted their work to be discreet and others were much more obvious.  Here is some of the works featured, in information Critique: 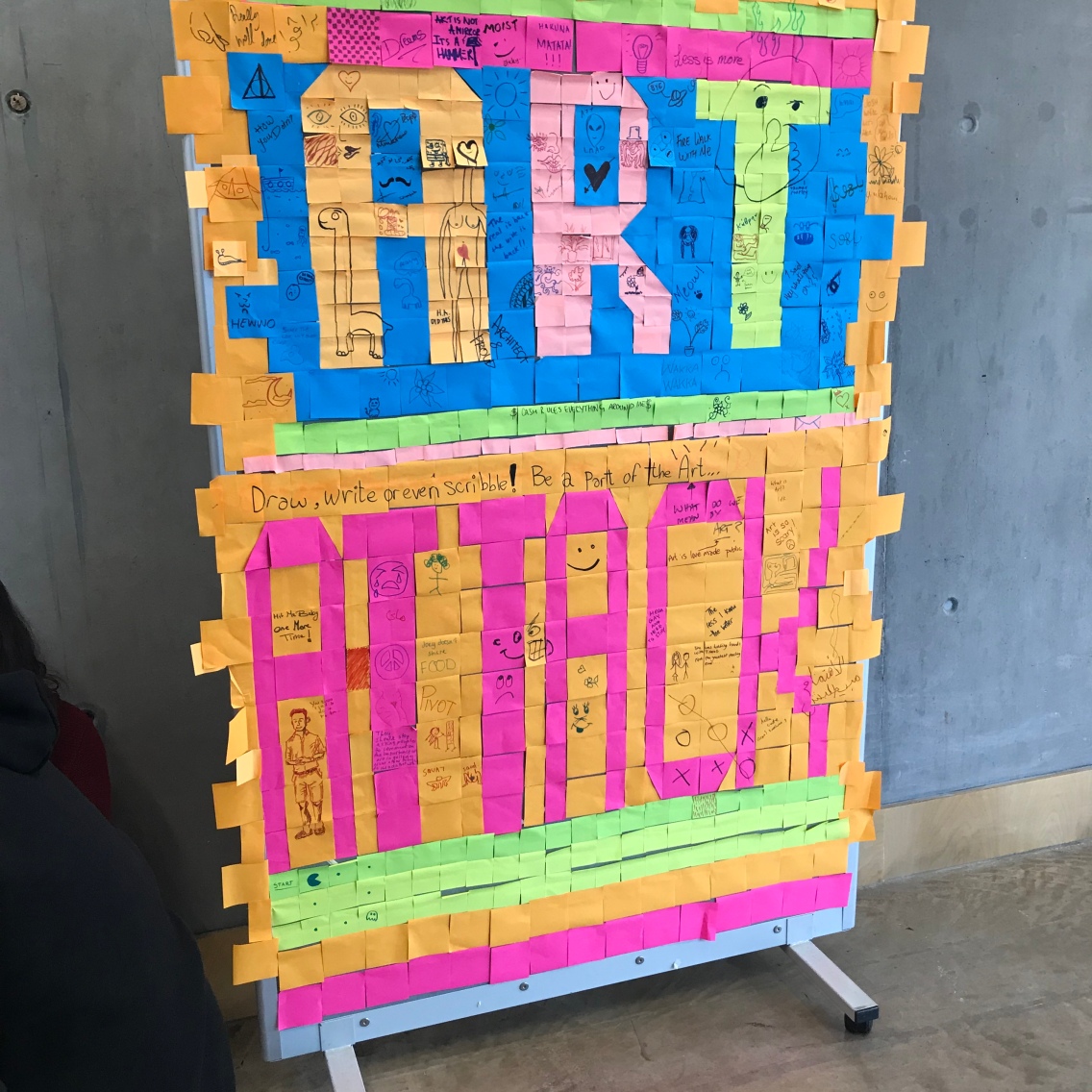 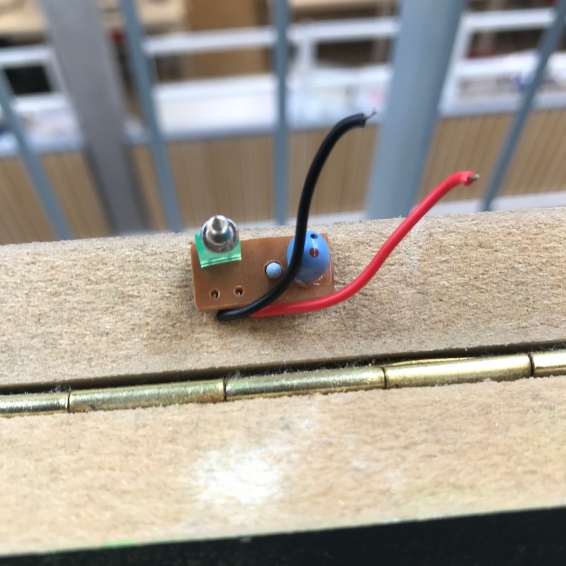 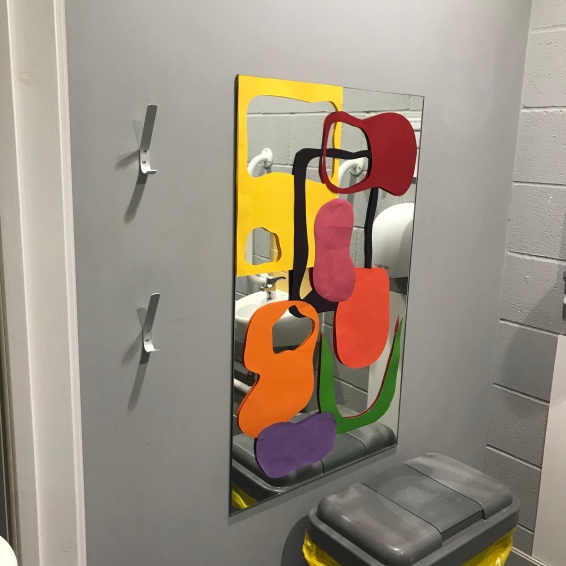 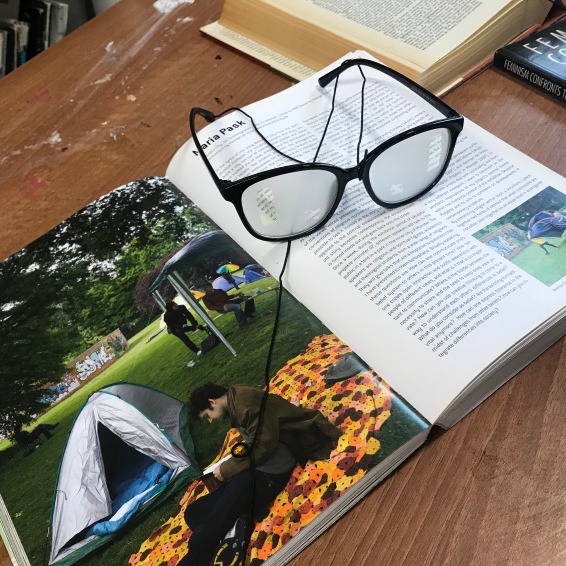 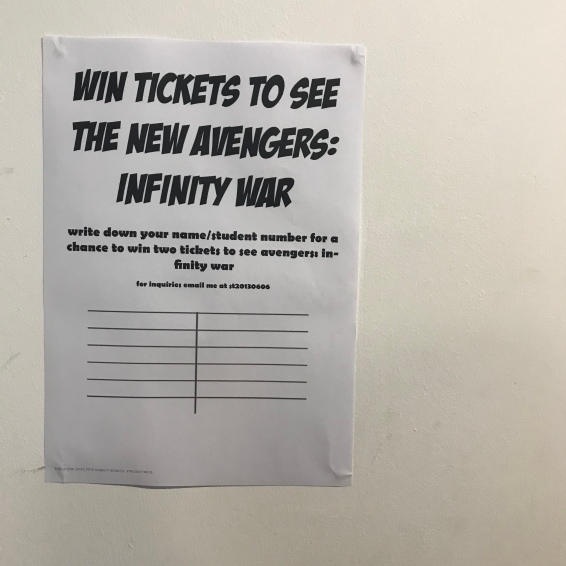 A poster for a competition

Some of the works in thus were really interesting to me, for example I really enjoyed the way that the mirrors had been taken over and were distorting our view and I also enjoyed how the mini sculptures were invisible to the naked eye. The book with the manipulated glasses really made me think as I was tricked into really using my eyes and focus to see through them.

After this section of the site venue show we then went to town to the gallery. Three doors up and we went to see the show by Sachi, it was about being discomforted and was a really interesting show. 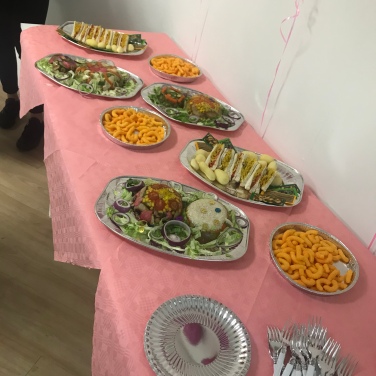 Food, of the unappetising type 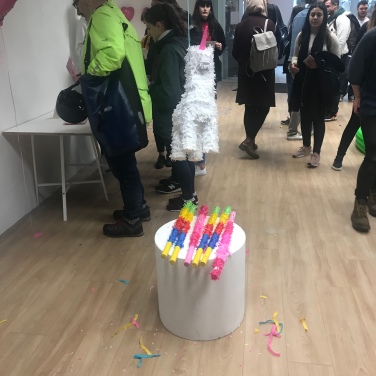 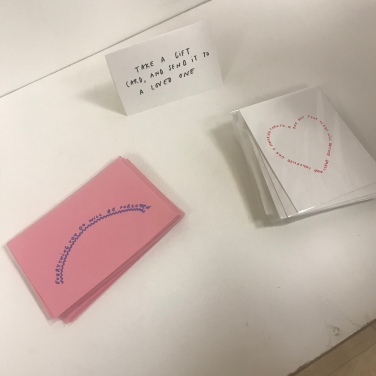 Cards for your loved ones

This was then the show in the gallery and considering it was supposed to be uncomfortable was surprisingly enjoyable, the piñata had dog treats and noodles, the cards were filled with not so loving messages and the food on the table was discusting to look at, all whilst a mosquito tone was played through the gallery.

After this show we were to go to our exhibition in the made in roath store and we were to make the show as professional as possible, there were snacks and treats for the viewers and it became a very enjoyable evening.

Overall the site venue show was a big hit.