Following the trip to London to see the Jasper Johns exhibition at the Royal Academy we based the critical debate on the visit. 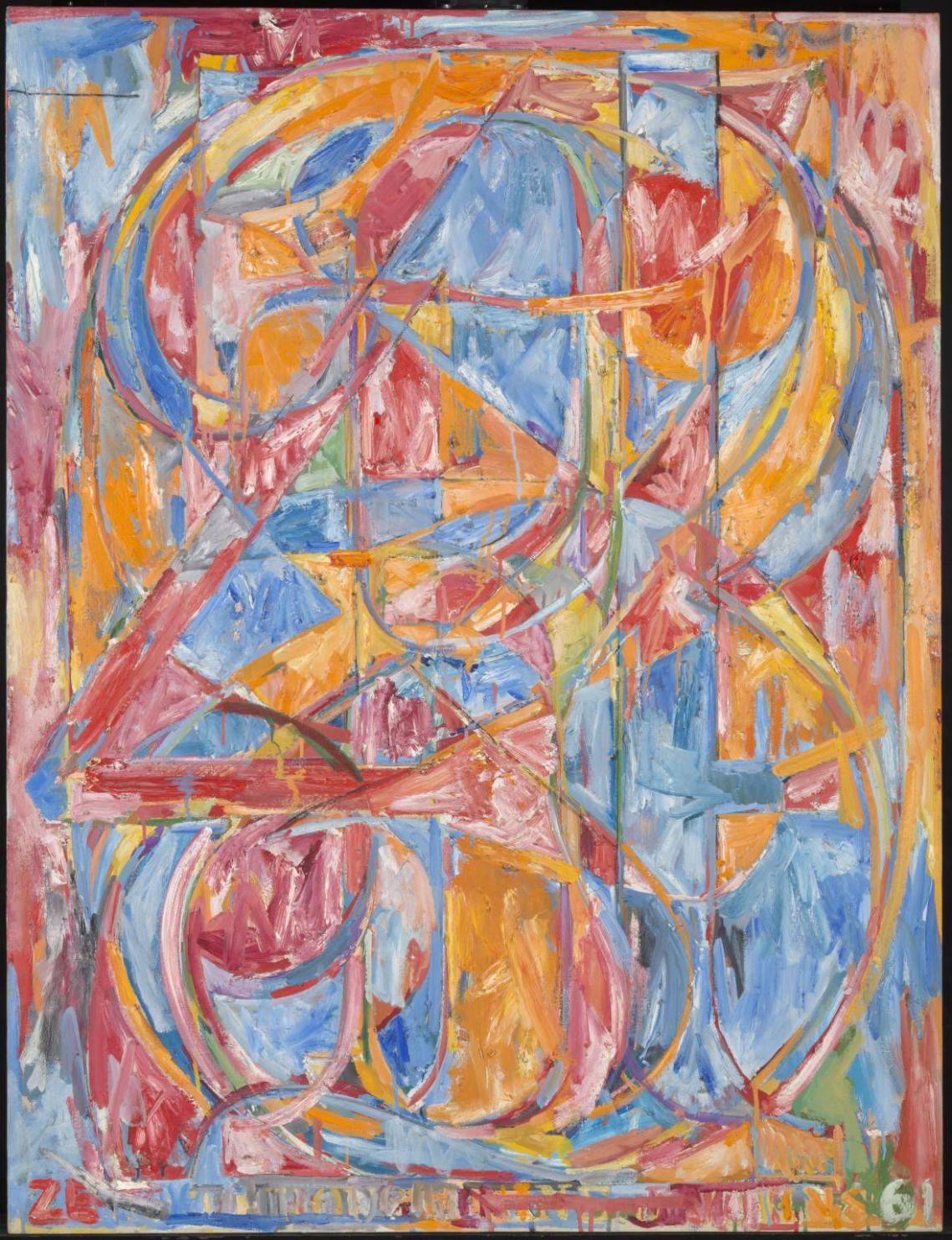 the most prominent numbers of the paintings are three and four, is this due to the methods of the paining? or is it because of the fact that the painting was not made with strict planning?

Are they painted in sequence or drawn and painted at once

+Gerhard Richter – uses grey in paintings as its the most dull of the colours, is this the same as Johns using the primary colours??

End of the line for abstract expressionism

+Is he not fitting in with abstract expressionism  ( his work placed between William De Kooning and Clyfford Still) Does he want his gesture to go somewhere else? e.g. 0 through 9

Encaustic- Is this limiting his mark making or enhancing it? // The medium will dry quickly (making his work even more difficult to be gestural)

The marks have no meaning? Is the commentary about the relationship with Rauchenburg? or about Abstract Expressionism? He did want to cut out the canvas to get the balls squeezed in the canvas, however, he had to make the canvas shaped to fit the balls.

Painted Bronze 1960 “hand cast beer cans painted to look like beer cans” He had also painted the shading onto the casts, and also added letters to look real yet painted.

It seems as if the bite is emerging from the painting 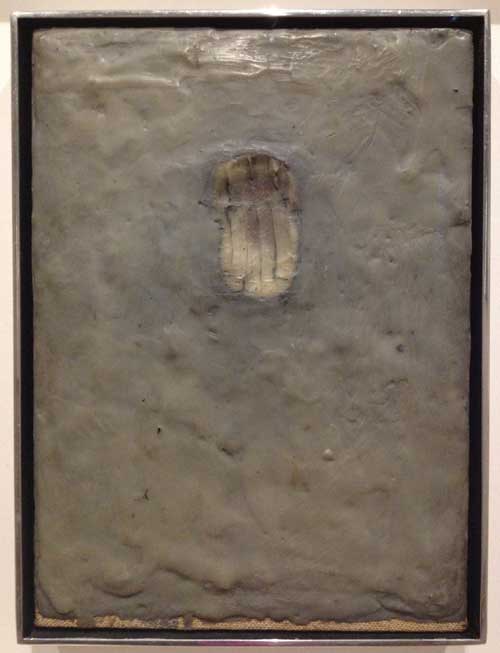 in a sense it is a readymade, how-ever it has since been casted and painted

(Duchamp original urinal was smashed, then he wanted to recreate it, unreal no longer made/ ceramicist made ‘original’ unreal ofter tedious plans act.) 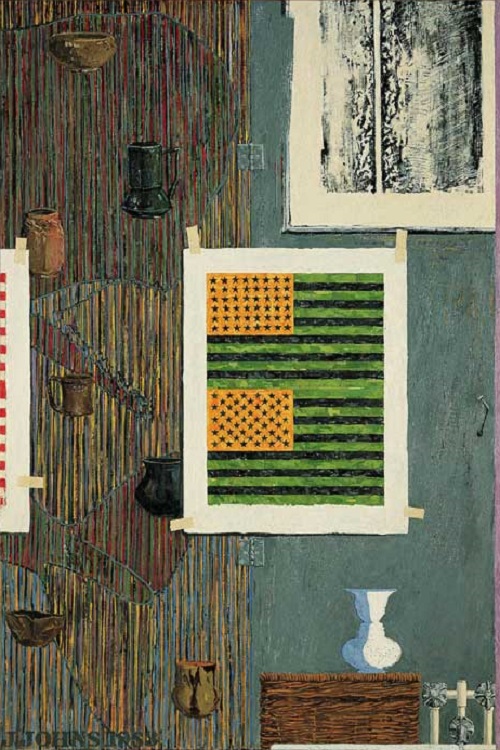 Are painted to look like puzzles are we wanted to solve the puzzles? Or does he want us to never solve the paintings?

in the left panel Moby Dick is featured

about seeing other images in the image